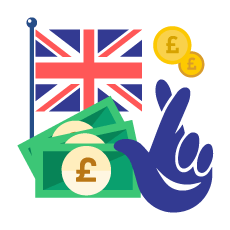 Even with all the different gambling options available in Britain, the lottery remains widely popular. When you consider that for just a couple quid, you could potentially win an eight-figure jackpot, it’s obvious why 70% of Brits play regularly. Of course, the United Kingdom’s signature Lotto game is just one of the many ways to try your luck. Keep reading as we run down the most popular lottery games available in Britain.

About The National Lottery 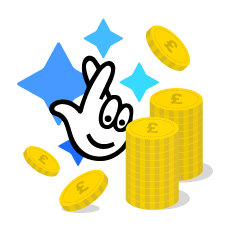 While the minimum age to gamble in the United Kingdom is 18, this law doesn’t apply to lotteries. You can purchase scratch cards and lottery tickets if you are 16 years of age or older. If you do happen to win, you’ll receive your prize in one lump sum. You won’t have to settle for an annuity or instalment payments like in the USA.

Britain’s most popular game first launched in 1994 as the UK National Lottery, but was officially renamed Lotto in 2002. Still, when most Brits speak of The National Lottery, they’re likely referring to Lotto. Lotto draws take place every Saturday and Wednesday at 10:05pm.

To play Lotto you’ll need to choose six numbers from 1 to 59 or you can opt for Lucky Dip, which will provide you with six random numbers. Tickets cost £2 per line and you can play up to seven lines per slip. You may purchase as many as 10 slips at a time and you can buy your tickets at local retailers or online. Although Lotto tickets are sold every day of the week, you’ll need to purchase your ticket before 7:30 pm on the night of the draw.

To win the jackpot, you must match all 6 main numbers drawn. If there is more than one winner, the prize will be shared. Jackpots are seeded at £2.5 million on Wednesday and £5 million on Saturday, but if no one wins the jackpot, the prize rolls over until the next draw with some exceptions. Jackpots that exceed £22M will rollover one last time and in the event that there is still no winner, the prize will be split among the players who match the most numbers drawn.

Here is how much you can win:

Lotto tickets now include entry into the Millionaire Raffle, which features a £1 million prize plus 20 £20,000 prizes, all guaranteed.

EuroMillions is one of the biggest lottery games on the planet. Given that the populations of Andorra, Austria, Belgium, France, Ireland, the Isle of Man, Liechtenstein, Luxembourg, Monaco, Portugal, Spain, Switzerland, and the United Kingdom contribute to the EuroMillions prize pool, the jackpots are astronomical. You can win as much as €190 million or roughly £174 million at the current exchange rate.

No matter how you feel about Brexit, you’ll definitely love playing EuroMillions.

EuroMillions draws take place every Friday and Tuesday night. Tickets cost £2.50 per line and you’ll have the opportunity to play 7 lines on a single slip. You can also purchase as many as 10 slips at once, as well as choose to play multiple times or up to a month in advance. British players can purchase tickets through The National Lottery website or mobile app and at retailers nationwide. Tickets are sold until 7:30pm on the night of the draw.

To play, you’ll need to select five main numbers between 1 and 50 as well as two lucky star numbers between 1 and 12. If you prefer, you can opt for a Lucky Dip, which will randomly make your selections. When you purchase a ticket, you’ll also be entered into the UK Millionaire Maker draw, which awards four £1M prizes each week.

If you match all 5 main numbers and the 2 lucky star numbers, you’ll win the jackpot. Of course, there are other valuable prizes. Discover all the ways you can win.

When you play Thunderball, you’ll have a chance to win half a million quid for just £1. Thunderball draws take place every Wednesday, Friday, and Saturday. To play just choose 5 numbers between 1 and 39 as well as a separate Thunderball number between 1 to 14. If you can’t make up your mind, opt for Lucky Dip, which will give you a random selection of numbers.

Like other games offered by The National Lottery, you can purchase your tickets online or at a local retailer. You may also play up to 7 lines per play slip and purchase as many as 10 slips at once. You can also take advantage of advance or continuous play.

To win the top £500,000 prize, you’ll need to match all 5 main numbers plus the Thunderball number, but there are other prizes available to be won. Here’s all the ways you can win:

If picking and matching six lottery numbers seems like too much of a long shot, you’ll want to play Lotto HotPicks, which gives you a great deal of flexibility. When you’ll play HotPicks, you’ll get to decide if you want to play 1, 2, 3, 4, or 5 numbers. Whether you opt for the Pick 1, Pick 2, Pick 3, Pick 4, or Pick 5 version of the game, the cost is just £1 per line.

Just like the main Lotto game, draws are held every Wednesday and Saturday. In fact, HotPicks uses the numbers drawn during the Lotto draw, although you aren’t required to play both games. Also, the Lotto bonus number doesn’t apply to HotPicks.

When you play HotPicks, you need to match all the numbers that you play. Here is how much you could win: 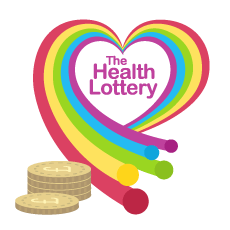 The Health Lottery was launched in October 2011 to help raise funds for various health causes. Although the Health Lottery isn’t a national lottery, it raises funds for 51 different society lotteries, each of which is licensed by the UK Gambling Commission. Each week a different regional society gets a portion of the pot, so that all of Great Britain is covered during the course of the year.

Health Lottery tickets are available across Great Britain, but not Northern Ireland, and cost £1 per play. Players can either select 5 numbers ranging from 1 to 50 or purchase a quick pick ticket of randomly selected numbers. If you match all 5 numbers, you’ll win a prize that’s equal to 10% of ticket sales up to a maximum of £100,000. In the event that there are multiple winners, the prize will be split equally. You can also win £10,000 by matching 4 numbers plus the bonus. You can also win other prizes for matching 2 or more numbers. The game is popular in part because the odds are much better than The National Lottery.

The People’s Postcode Lottery is a subscription lottery game that raises money for charity. For £10 per month, you’ll be entered into ten draws where you can win cash prizes, dream holidays, luxury automobiles and more. As the name suggests, this lottery draws postcodes for prizes. When you purchase your subscription, you’ll be issued a ticket based on your postcode.

The Postcode licensed is licensed by the UK Gambling Commission. Due to licensing requirements, the maximum prize is £400,000. You can buy tickets by phone or online.

What You Should Know About UK Lotteries

What is the best lottery to play?

That depends what the outcome you want is. If it's to win the biggest jackpot possible, your best option would be EuroMillions or the National Lottery.

What are the different lotteries?

The most popular lotteries in the UK are :

How old do I need to be to play the lottery?

In the UK, the age limit is 16 for all National Lottey Games. It's likely however that the government will consult on raising that to 18.

What lottery is played on Thursday?

There are draws for the Health Lottery five nights a week, including on Thursday, Friday, Saturday, Wednesday, and Tuesday. Although the top prize is £400,000, your odds of winning are much better than playing the National Lottery.

How are these lotteries different to scratchers?

While scratchers are instant win games, you’ll need to wait for the draw to find out if you’ve won the lottery. In addition, lottery games give you an opportunity to choose your numbers.

What are my chances of winning UK lotteries? 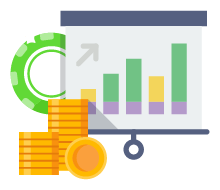 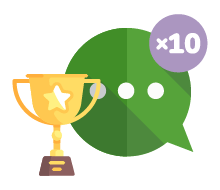