It’s easy to understand why roulette has been widely popular since the late eighteenth century. Who can resist the graceful spins of the magnificent wheel, endless ways to wager, and suspense at every turn? Thanks to innovations like online roulette and electronic versions of the game at live casinos, you can now play at a wider range of stakes than ever before. Whether you are a traditionalist who prefers interacting with a tuxedoed croupier or want to pick up the pace with touchscreen roulette on your mobile, winning doesn’t have to be difficult. Keep reading this strategy guide and you’ll have the tools of the trade whenever you find yourself in the presence of the marvellous wheel.

Before we can begin any discussion on roulette strategy, it’s critical that you understand there are several versions of the game. Whether you play on the internet or at live casinos across the globe, it’s important to know there are American and European versions of roulette. Although the gameplay is seemingly identical, there is one key difference. While European roulette wheels feature 37 numbered slots ranging from 0-36, the American version features an extra 00 slot on the wheel.

As you can probably guess the addition of the 00 increases the house advantage. The likelihood of any number coming up is 2.63% in American roulette and 2.70% in European roulette. While that might seem like not much more than a rounding error, winning strategies require you to capitalise however you can, especially when you’re given a choice of which game to play. More importantly, the odds of a single number coming up are just one factor to consider. When placing even money bets such as even, odd, red, or black, an extra number on the wheel that always loses effectively doubles the house edge. The relatively reasonable 2.70% house edge in the European version of the game quickly balloons to 5.26% in American roulette. If your goal is to win as much as possible, there’s no reason to play the inferior US version. To reduce the house edge on even money bets even further try playing French roulette when it’s offered.

Don’t let the language barrier scare you off. If you want to halve the house edge on even money bets to 1.35%, you’ll want to take your seat at a French roulette table. French roulette tables look a little different, but the gameplay is similar to its European cousin with one exception. When you place an even money bet and the ball lands on zero, not all is lost thanks to the en prison or la partage rule. Always consult the house rules before playing as only one of these rules will apply.

Getting to Know Your Bets

Before discussing winning strategies, it’s essential that you understand roulette is a game of chance. Whether you play with a physical wheel or rely on digital versions that use random number generators, there is no skill involved. The outcome of every spin really is random. You’ll have the same chance of winning whether the result is dependent on the laws of physics or a computer algorithm. In addition, there are only three elements that are in your hands. The first is obviously the type of roulette, which we discussed earlier. The second is the size of your bet, which will be subject to table maximum and minimums. The third is the number or numbers you choose to bet on. Unlike some other casino games like blackjack or video poker, you won’t have to make any in-game decisions after placing your bets.

If you’ve been paying attention, you know that you should aim to play European or French roulette. Still, we can’t stress this enough since there’s simply no reason why you should give the house double the advantage. When playing the standard version of the game, you can take advantage of a consistent 2.70% on every bet. Let’s take a look at the different ways to bet and how much they pay.

Every winning roulette strategy requires sound bankroll management. While it’s certainly fun to empty your wallet and throw your chips down on a single number for a 35 to 1 payout, what’s going to happen if you lose? You’ll either end up playing irresponsibly by spending more than you intended or you’ll have to head home. Of course, you can avoid these scenarios by placing bets that are in line with your budget.

While it doesn’t matter whether you choose inside or outside bets since the house advantage is identical. It’s best to either place a mixture of small bets or stick to the outside bets that pay even money or 2 to 1. While your bankroll won’t balloon immediately, you won’t have to worry about losing it all quickly. Remember that roulette is a game of chance with a reasonable house edge. Even though the casino will take in more money than they pay out, this is only true over the long term. There is lots of variance over the short term, which means there are big winners and even losers. You can stave off those large losses by betting no more than 5% of your bankroll when placing even money bets. It’s smart to lower that percentage proportionally when wagering on other outside bets and even further on inside bets. The goal is to remain in the game as long as possible while you slowly grow your bankroll.

Roulette is a widely popular wheel-based casino game. Players have the opportunity to bet on single or multiple numbers, including predetermined combinations like even, odd, red, and black. After bets are placed, the croupier will spin a wheel in one direction and a ball in the other direction. In a matter of seconds the ball will come to a complete stop and land in one of the numbered pockets. You’ll win if you bet on the winning number, but you can also win by correctly betting on other variables such as whether the number is even, odd, red, or black.

How much do you win if you hit a number in roulette?

If you place a straight up bet on a number, you’ll be paid 35 to 1. Other bets pay less. For example, column and dozen bets pay 2 to 1, while red, black, even, and odd bets pay even money. You can find complete payouts listed above.

What are the odds on a roulette table?

How does the game of roulette work?

The game of roulette is simple to play. After placing your bets, the croupier will whirl the wheel in one direction and spin a tiny ball around the edge of the wheel in the opposite direction. The object of the game is to predict where the ball will land when it comes to a complete stop. European roulette wheels feature 37 numbered pockets ranging from 0-36, but you aren’t limited to betting on the outright number. You can also bet on ranges, combinations, red, black, odd, or even. 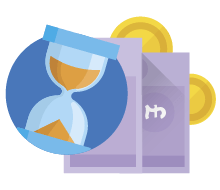 Discover where you can get the fastest payouts and never be disappointed with your payment methods again! 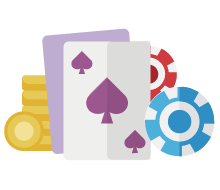 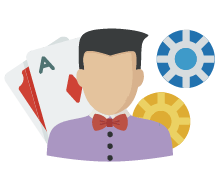